Beyond Lament and Necessary for Action

Beyond Lament and Necessary for Action

These are remarkably intense days in an unprecedented year for America.  We’ve seen before some of the things we’re living in now, but never all at the same time like this.  One writer draws out “a fascinating breakdown of 2020 and its historical parallels (so far): started off like 1974 (impeachment crisis), quickly became 1918 (pandemic), turned into 1929 (economic crash), and is now 1968 (massive urban unrest).”  For many of us, this is a season for much action, great sadness, deep hope, many demands, and many needs to attend to. 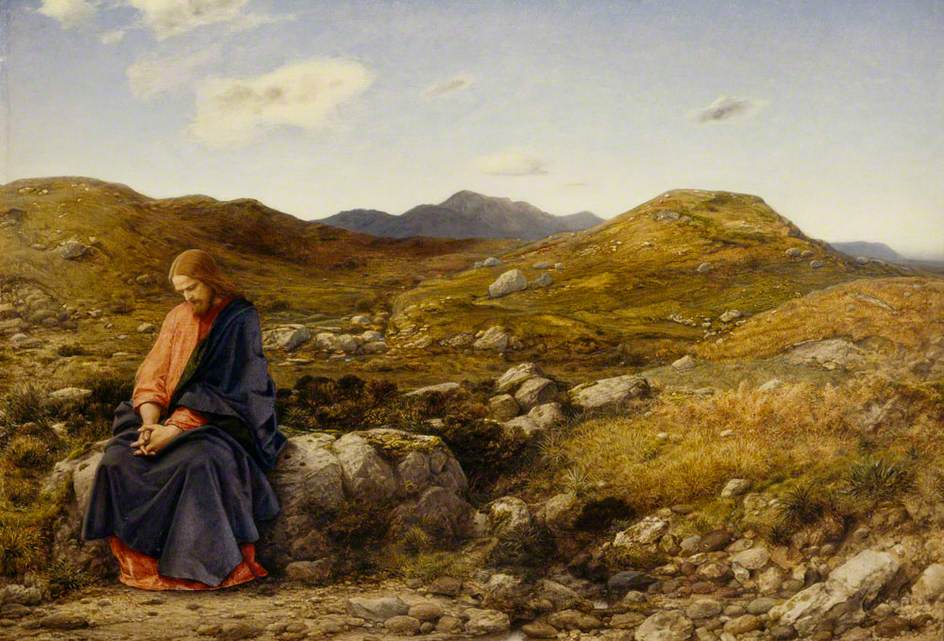 All four gospels recount Jesus’ feeding of the 5000 (Matthew 14, Mark 6, Luke 9, and John 6).  Looking at all four of those accounts together provides a rough chronology of the events surrounding that miracle which paint a picture of an extremely demanding and emotionally exhausting season for Jesus.

Taking all this together, it’s not hard to surmise that these were very intense days for Jesus, physically and emotionally.

Can you imagine how it felt to be rejected by the very people you’d grown up with and loved and served?

Can you imagine how it felt to hear of the violent death of your closest ministry partner and the only one who really knew who you were?

In his own ministry and that of the disciples, many people were being healed and freed.  Can you imagine how encouraged you would be to see people being ministered to and your mission starting to spread out to many more?

A theme in these chapters is that many people were constantly seeking out Jesus, even by the thousands, and he was constantly teaching and healing, such that “they had no leisure even to eat” (Mk. 6.30).  Can you imagine how tired you would be?

Can you imagine the emotional whiplash you’d be experiencing– the broken-heartedness of seeing the brokenness of the world you’d created and how it is crushing the people you love (all of them), and the simultaneous joy which comes through confronting that brokenness with redemptive and healing power?

Jesus’s response in this season was two-fold:  to keep on working, and to keep on carving out space to pray and stay intimately connected with his Father.  In the midst of this season, we see Jesus intentionally get away in order to rest and pray.

This was his first reaction upon hearing of the death of John the Baptist.  His first impulse was to get away by himself, “Now when Jesus heard this, he withdrew from there in a boat to a desolate place by himself.” (Mt. 14.13).  At the same time, his impulse was to tell the disciples to do the same, “Come away by yourselves to a desolate place and rest awhile.” (Mk. 6.30)

They all did so, but huge crowds followed such that when they got to the place for hoped-for solitude, there were already thousands of people waiting for them.  He had compassion on them and taught them and eventually fed them.

After that, Jesus– not yet having gotten the solitude he was looking for– sent the crowds and the disciples away and went to the mountain by himself, spending the better part of the night in prayer before he set foot on the water and started walking.

Bede Griffiths sees in Jesus the right relationship of prayer and action lived out:  “Jesus is the man who is totally given to God, the one who is totally surrendered to the vertical movement.  At the same time, he was totally open to all people and to life as a whole.  That is the dual movement, vertical and horizontal, of contemplation in action, action in contemplation.”

In these days, when the country is churning with action for racial justice and so much still needs doing, it is critical to remember that one of the most important things we must do is stay connected to God.  While we have our part to play and our effort to exert, ultimately it is God’s power in us that is most powerful and it is God who can bring the deepest change most swiftly.  We must stay intimately connected to God, precisely because the needed action is so important and so daunting.

Martin Luther King Jr. (and so many in the Civil Rights Movement) knew this and arranged his life accordingly.  I wrote about the “Prayer Life of Dr. King…And Ours” in early 2019 and think it is more timely now than then.

King, too, had a regular rhythm of withdrawal in order to pray, ponder, and plan.  “King [had a] self-imposed ‘Day of Silence’ in which he abstained from the distractions of daily life, including the telephone, television, and radio.  That day was spent in prayer and meditation and in developing a rigorous discipline of ‘think time,’ which he devoted to mapping strategies for the nonviolent campaigns he led.  It was this discipline, I believe, that gave King the spiritual and moral strength to withstand the tremendous pressures associated with the forms of resistance, including the possibility and the eventuality of his death by murder.” (Lewis Baldwin, Never to Leave Us Alone: The Prayer Life of Martin Luther King Jr., page vii)

Let us admire and emulate King’s activism, yea, and let us also learn from and emulate King’s commitment to prayer that gave him the strength to do what God had called him to do, under constant and tremendous pressure, heartache, and high moments.

Even better, let us remember that King learned his rhythm from Jesus, our first model, in whose footsteps all his disciples are called to walk.

So there are four spiritual practices that seem particularly important in these unprecedented days in America.

My reflection has focused on these days of intense racial protest and dialogue going on right now in America which I hope will be sustained until true change is made.  But of course, we’re still in the midst of a pandemic!  As a way to help foster your relationship with God during this COVID season, Coracle has put together our resources for “Spiritual Formation During a Pandemic”; we hope they will be a blessing to you.

So brothers and sisters, in these most unusual and demanding days, let us truly follow Jesus by staying deeply connected to God.  It’s the most important thing we can do.