At Our Feet and Face to Face

At Our Feet and Face to Face

This essay was written after a 16-month trip around the world I was blessed to take in 1994.  The lessons contained within are as true as ever, and I hope they are a blessing to you as they remain to me!

Robert Frost writes of being “one acquainted with the night,” of walking past the furthest city light, in rain, and then back again.  My first night in Holland in 1994, I met Amsterdam’s evening.  If jet lag does one thing for you, it provides the opportunity of seeing a place when you otherwise would not see it.  Sometimes that means watching your ceiling at 2.30 in the morning.  Other times, it means finding priceless stones and precious treasure. 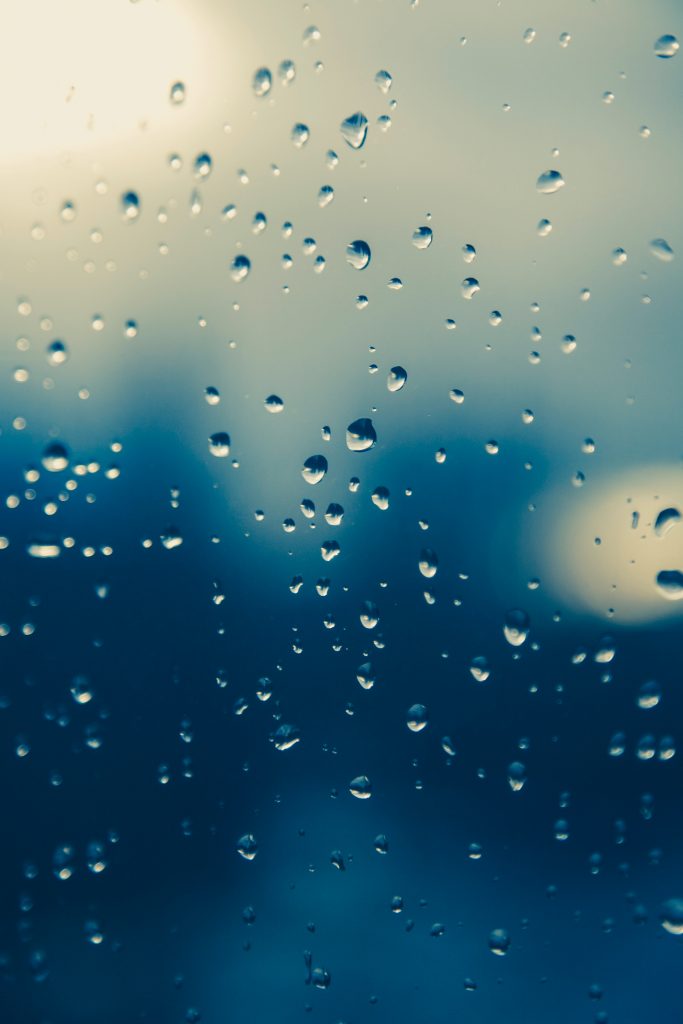 While the Europeans slept, I went walking.  Decked in leather boots and wool socks for my feet, denim for my legs, layers for my chest, and a canvas hat, I passed the Old Maritime House, a refuge for sailors in an earlier time.  It’s architecture is a classic from the Amsterdam School, flamboyant and majestic.  The sea is its motif, and the building itself, looking like a concrete ship, seems almost to be seaworthy, ready to set out for distant lands.  Set back from the building and coloring her stones, a series of lights stood tall, pointing upwards to show off the workman’s craft.  As I paused, like a tourist, and stretched my neck to see what was worthy of this display, I saw not the building but the rain.  I saw diamonds falling from the sky.  Light caught these chips of clouds as they fell, thousands upon thousands of them through the night.  Like priceless stones falling from heaven were these precious drops of water, blessings from above, an unexpected gift.  And they were a gift for me that night, a present for my eyes and spirit.  They reminded me of the greater truth, that this trip around the world is a blessing from the Lord, a jewel-box from heaven tipped open and spilling diamonds of which I was catching ten on my cheek.

A favorite musician of mine, Bruce Cockburn, sings, “All the diamonds in this world that mean anything to me are conjured up by wind and sun, light sparkling on the sea.”  I saw those diamonds too, in Wales.  Land-locked mortals caught the sun dancing on the water at sunset.  Ian Davis, along with his two young sons, had taken me to Worm’s Head at the Gower, on the south coast near Swansea.  Had we taken a boat on that road of jewels that caught our eyes, our journey would have ended on the shores of Plymouth, Massachusetts, like the Pilgrims almost 400 years ago.   We arrived at the Gower as the sun sank lower into the Atlantic Ocean, stealing with it our light to see by.  While the sun took a broad brush in hand to paint the cliffs rising out of the sand in pink and gold, it shed shards of sunlight across the waves.  The ocean sliced the beams of heat, and left shavings of light scattered freely about as if a money bag had been split, spilling its contents for beggars to find.  But these coins we could not stuff greedily into our pockets.  Instead they burned themselves into our memory.  In this way they last longer than money.

Brian Johnson, a surfer from Southern California, found no waves in the Swiss Alps.  But we found jewels.  Around the world the night sings, and our night was no different.  We shared a smoke on a bench in the indigo blue of evening, watching the Grand Muveran, the Dents du Midi, and the other mountains do nothing but thunder their glory to God, who sits with earth as His footstool.  The peaks majestically stood at 10,000 feet, some with small towns and lonely homes below their heights;  we sat humbly 7,000 feet lower.  Though we felt small, even below us, far down in the Rhone Valley, other Swiss villages settled down for a night’s rest.

Trapped in air and stranded in sky, Brian and I couldn’t speak, for the beauty had silenced us.  We floated in diamonds.  The stars above shone again like pin pricks of light.  One was hung firmly just above the peaks of the eastern mountains, sparkling, throwing off blue streaks with green and red flashes, and shooting threads of white into the black sky.  But it was not only the stars that flashed.  The fog had fled, so the towns higher up and in the valley below also glittered with houses and streetlights. We seemed to be in a field of fluorescent flowers.  Totally present and alive, God had rolled the dice of diamonds for Brian and I with an open hand, and they had fallen all around us, below us, and above us. They diluted the darkness in blazing points of flame.  I know what it feels like to swim in stones that shine, as a dolphin on the open sea soaring underneath a full moon casting her light to the water.  And the mountains seemed to move beneath our feet, in a dance.

The morning before setting out for a flight back to the States,  the Englishman Dylan and I sat out on the deck of Chalet Bellevue to watch the rising sun paint those same Alps in dazzling white.  It had been raining the night before, leaving the mist rising and falling in the Rhone Valley below.  It ran up and down the mountain as newly washed sheets on a clothesline being brought in for folding.  We drank in the view, sweeping our eyes across the range of towering and changeless peaks.  Two thousand years ago, Julius Caesar marched his conquering troops through this same valley and under these same mountains.  If we had been sitting on this deck then, we would have seen his thousand and more troops on their way to keep claiming the world for Rome.  But even then if it had been spring or summer, Dylan’s and my room with a view would have been blocked by an elegant aspen tree standing tall in front of the chalet, fully clothed in leaves.  But at that moment, December, 1994,  it was winter (albeit the warmest since the 1600’s), and the autumn had stolen this tree’s cloak of leaves and she stood naked.  The lack of garments left her wet, and dripping.  Instead of leaves, she had been given beads of water to clothe her branches, covered in diamonds on a hundred strings.  And I thought of my first night in Amsterdam, with an upward glance to catch diamonds falling through the sky.

I saw them again in Wheaton, Illinois, at home.  Switzerland, and the majestic mountains, had been left in the east.   The Alps truly were majestic.  As I was flying out, the Boeing 767 ascended through mist, stealing an aerial shot of Zurich.  For the cost of not seeing a hawks-eye view of Zurich because of the fog, I was paid off in full and more.  We burst through the cloud cover and over a sea of cotton.  Like giant thorns, the Alps rose above the billowing waves of the white sea below.  Like black ice the mountains stood there, in contrast.  It was them and my window seat.

When my feet hit the ground in Chicago, my boots sank into six inches of snow.  When I stepped outside this morning, it creaked beneath my steps.  The sun rose higher, and I was assaulted with the torch of glory.  The light leapt off the snow, for diamonds had been strewn across the crust of ice.  Every few feet another glittered, and I was surrounded in exotic chips of frozen water glistening in the morning.  A million lay around me.  Every step revealed more, different facets of new stones woven into earth’s blanket.  I stooped to pick one up and hold it in my palm.  It seared my hand, and melted.  They were all melting.  The water captured by temperatures below freezing was being set free by forty degrees, to drain back into the ground.  In spring it would yield more dazzle and more dashes of beauty.  Diamonds in spring flowers, diamonds in grass, diamonds in each leaf of each tree, diamonds in the underbrush, diamonds in dirt.

Diamonds strewn freely from an open hand, to be gathered by those who can find them.  These are the priceless ones, not on a ring but strung thickly in the mind, to be remembered, admired, and never lost.  Diamonds discovered by the eyes are more valuable than those worn on the finger.

And we are surrounded by them, for the Bible talks of God’s people as though they were diamonds.  The prophet tells us, “On that day the LORD their God will save them for they are the flock of his people; for like the jewels of a crown they shall shine on his land.” (Zech. 9.16)  While I saw diamonds in Amsterdam, Wales, Switzerland, and Wheaton, I was witness to them in the company of God’s diamonds.  Iain, Brian, Dylan- these are the truly valuable jewels.  Those who have eyes to see people this way are the richest of us all.  We can gather diamonds in the presence of diamonds who see.  They are at our feet and face to our face.