Creation, For the World, Justice and Mercy, Peacemaking, Pilgrimage, Vocation

Why Does Coracle Do So Many Things?

Why Does Coracle Do So Many Things?

Whether you are new to the Coracle community or have been journeying with Coracle for a decade, at some point I imagine you have been struck by the broad array of offerings and causes this ministry has chosen to make available and to pursue. I might as well list them to show the full scope of their breadth:

This list is exciting (and also a bit daunting for someone who was recently hired to bring all of these threads together into one common narrative!), and I hope you will find the time to explore any of these areas that peak your interest. However, if you’re like me and were formed as a Christian in a particular variety of American Protestantism, some of these categories might seem a bit strange.

Yes, I understand the value of retreats and spiritual direction, because those are ways to improve my personal relationship with Jesus. And Yes, of course we need missions because we are called to make Jesus known among the nations. But racial reconciliation? International development? Creation care? Don’t these sorts of things ultimately end up distracting us from our singular call to foster our own relationship with Jesus and help others to profess their faith in Him? Put another way, are we as Christians really called to “clean the fishbowl?” Shouldn’t our main focus be on “going fishing?”

These are real questions, endorsed by some leaders in the American church and typically asked by people desiring to live faithfully as called by God through Scripture. Other authors for Coracle have offered their own thoughtful responses over the years (such as this post on creation care by Abigail Whitehouse and this post by Bill Haley on the Christian call to seek justice in the world). My response requires that we step back in time. 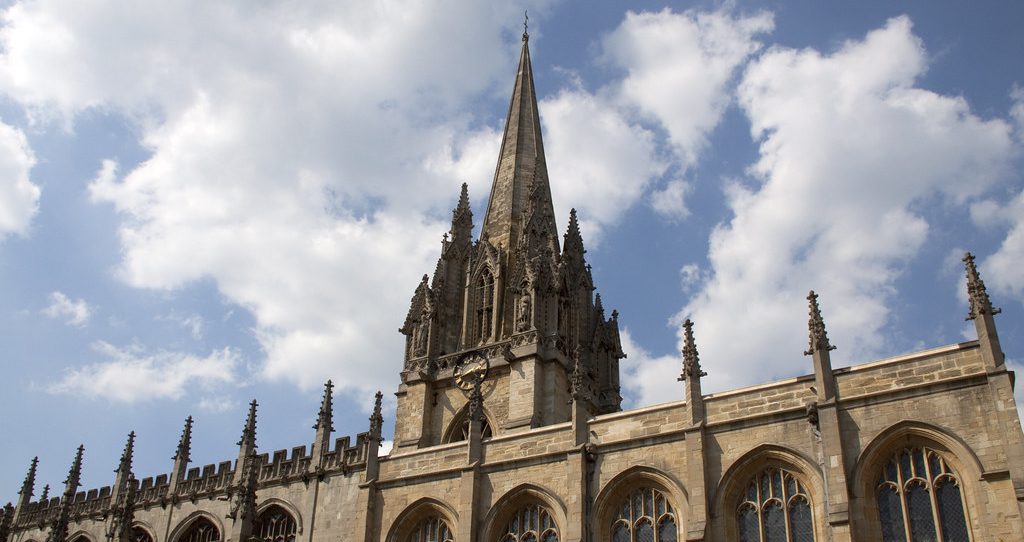 It is the fall of 1939. German and Soviet armies have swept across and occupied Poland, moves sure to provoke responses from France and England. Europe seems on the brink of all-out war, but at Oxford University, students are just beginning their semesters studying Theoretical Mathematics and Renaissance History and English Law. Under the specter of another Great War these academic pursuits seem insignificant and frivolous, and students wonder how they can justify continuing at the University. Then one Sunday at church, one of the English professors, C.S. Lewis, sets out to make the case for the scholarly life, even (and especially) in such times as these.

Although Lewis’ sermon (now known as “Learning in Wartime”) was meant for a particular time (the brink of WWII) and audience (university students), I find that his arguments shed some light on the questions many American Protestants have about what it means to live faithfully. For instance, Lewis begins his sermon with the same concerns raised by modern-day Christians suspicious of overly-broad notions of Kingdom Action:

Every Christian “must ask himself how it is right… for creatures who are every moment advancing either to Heaven or to hell to spend any fraction of the little time allowed them in this world on such comparative trivialities as literature or art, mathematics, or biology” (or Creation Care, or Racial Reconciliation)… “How can you be so frivolous and selfish as to think about anything but the salvation of human souls?”

He takes this question very seriously and even asserts that there can be “no compromise between the claims of God and the claims of culture, or politics… God’s claim is infinite and inexorable.” So far, it seems like we are here to fish, not to clean the fish-bowl.

And yet, it is also clear to Lewis that “Christianity does not exclude any of the ordinary human activities.” We are fundamentally enculturated people, unable to extract ourselves from “worldly” pursuits in favor of living a purely “spiritual” life. We will go on reading, and writing, and making, and organizing, and yes, fighting, and exploiting too; if we decide that God does not care about whole swaths of our common life, we will “only succeed in substituting a worse cultural life for a better.” Perhaps this rings true as you survey the various Christian subcultures that have emerged over the past century.

In the end, Lewis directs us to Paul’s exhortation in 1 Cor. 10:31, “So whether you eat or drink or whatever you do, do it all to the glory of God.” Because God’s presence saturates every iota of His creation, the whole of our lives exists as a potential offering. In other words, it matters to God whether we use the planet He gave to us as if it were a cherished gift; it matters to God whether the societies we build together reflect His infinite and unfaltering love for every person. We can be confident of this because God Himself entered into the very fabric of our enculturated human history. Jesus lived as part of a particular family in a particular time and place, a member of a particular class with a particular skin color, working for most of his life at a particular trade.

It is ultimately because Jesus took into himself the whole breadth and scope of a human life that we can be confident that God cares about every aspect of our own lives and the lives of others. This, for starters at least, is why Coracle does so many things.