SOUNDINGS – The “Emanuel” Movie: See It

SOUNDINGS – The “Emanuel” Movie: See It

This past Wednesday night, many from our Coracle Community went to a sneak-peek showing of the new film Emanuel, near the fourth anniversary now of the shooting at Mother Emanuel AME Church in Charleston, SC. We went because the story matters, this tragedy is worth marking, there are many lessons to be learned, and to support the partnership of Truro Anglican Church and Antioch Baptist Church. These two churches have teamed up in partnership to cultivate relationships across many churches to discuss the important topic of race in America together in Christ. Coracle and the Repentance Project are honored to be a part of this effort.

The film itself is utterly moving and extremely well done. It does a remarkable job of placing the horrible events of June 17, 2015 in the larger context of American history and modern day realities, particularly in Charleston but really across our country. It tells the story of forgiveness and its power, but also the challenge and complexity of forgiveness. It elevates what is powerful, but also honors what is so difficult when it comes to forgiving someone who has done you great harm.

The film Emanuel will be shown on two nights next week across our country, on Monday, June 17 marking the anniversary of the shooting, and on Wednesday, June 19 on the anniversary of the powerful first words to Dylan Roof of the some of the relatives of the victims, “I forgive you”. I strongly encourage you to make the effort to find out where’s it’s showing in your local area, and attend one of the screenings. God will speak to you I’m sure. 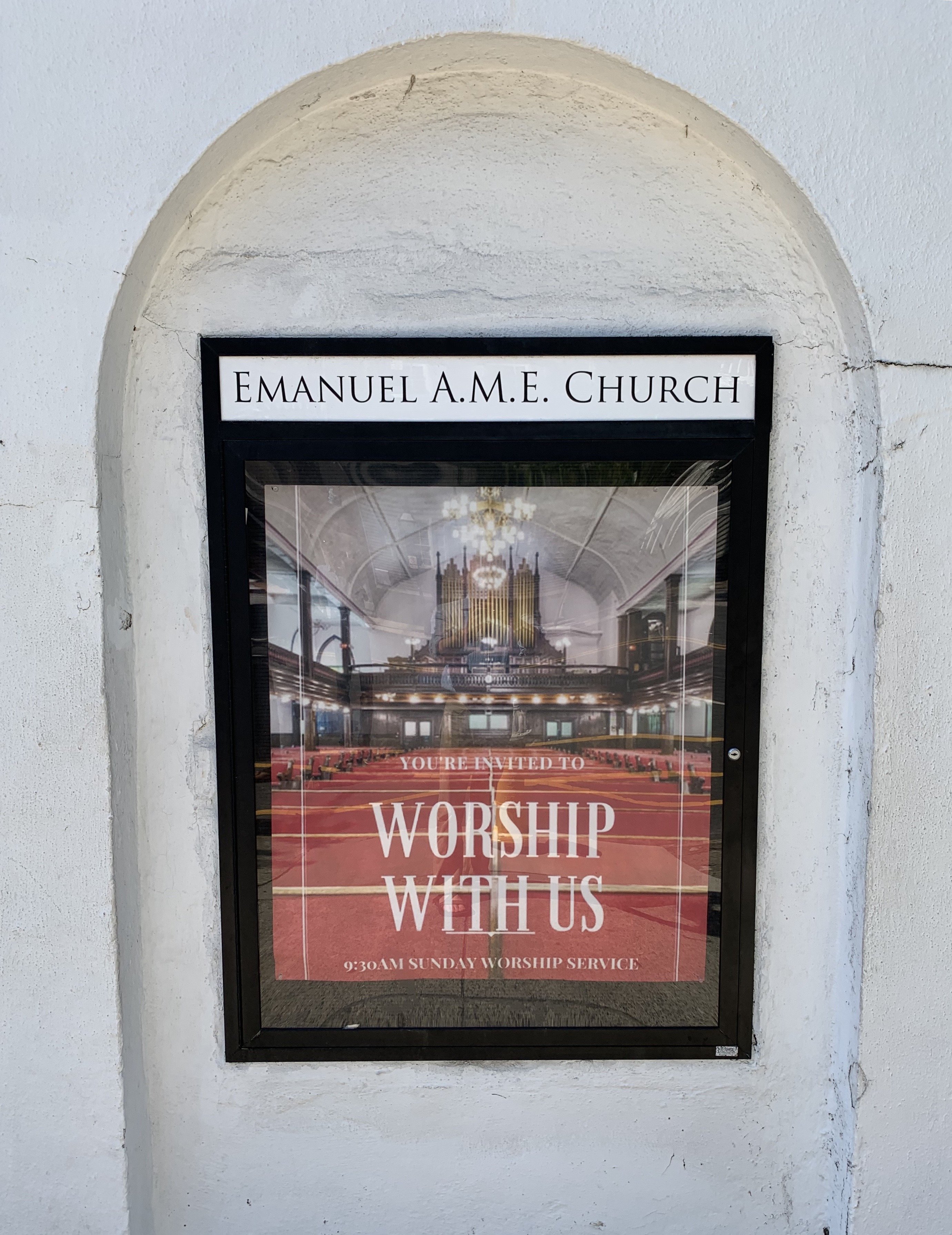 Several weeks ago, I was in Charleston for a Repentance Project board meeting, and we stayed just a block away from Mother Emanuel. Both our hotel and the church lay under the shadow of a huge statue of John C. Calhoun, the architect of the Confederacy, set on a pillar about as tall as the steeple of the church. To be at Mother Emanuel is to be in a sacred place, all the more so now because of its incarnation of the message of love and forgiveness in Christ.

I took a picture of this sign on the front of the church.  “Still,” was the subtext, “Still, even after what happened four years ago, still ‘You’re Invited to Worship With Us’.” Their doors were open four years ago in an expression of Christian hospitality, and four years later they’re still open in hospitality, and added to it, forgiveness. Watching this film and once again engaging the history and present of African American Christians, it sometimes makes me wonder if I even am one, and always inspires me to be a better one.
So, see the movie if you can, and either way let us all recommit to being God’s agents of love, forgiveness, healing, and reconciliation in a still wounded and divided country.
Share this post
← Your Work is God's Work A Decade of Corhaven! →