What causes fights and quarrels among you?  Don’t they come from your desires that battle within you?  You desire but do not have, so you kill.  You covet but you cannot get what you want, so you quarrel and fight.
James 4:1-2

Surely the arm of the Lord is not too short to save,
nor his ear too dull to hear.
Isaiah 59:1

In the midst of America’s many deep divisions, the ministry and practice of reconciliation is more important than it has ever been.  How can we be truly open to listen to and comprehend experiences that may be foreign to us?  How do we prepare to and then actually reach out across those divides to forgive or be forgiven, to overcome and destroy barriers that have been constructed either within our souls or in the structures of society? 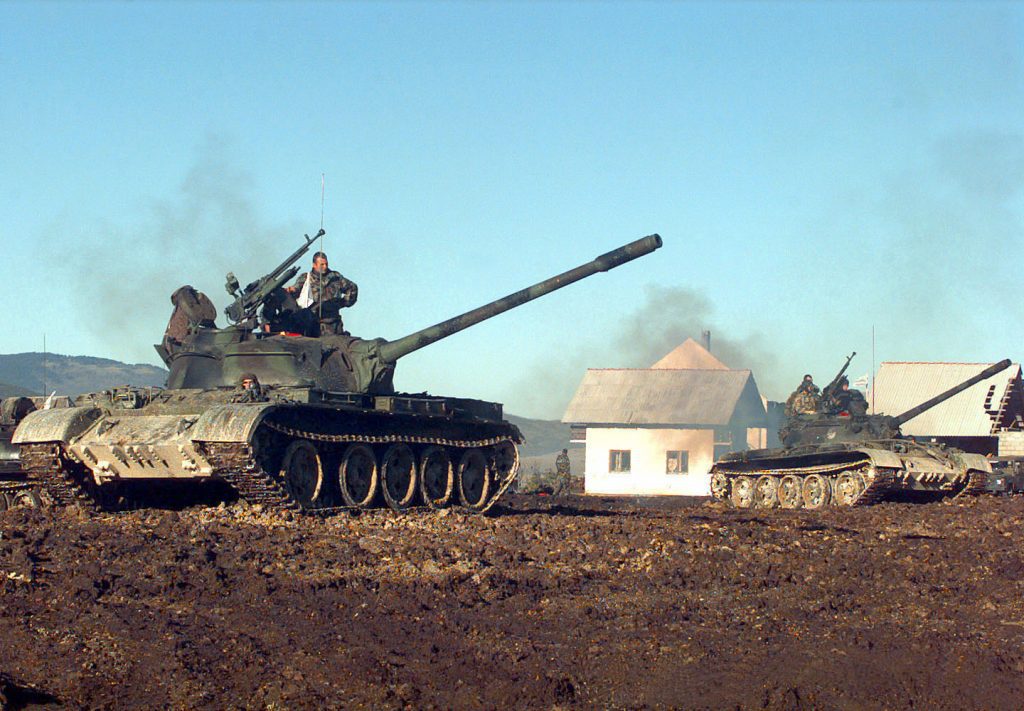 Vesna Tift grew up in former Yugoslavia.  She is the child of a strong Baptist family who, despite the inhospitable climate for religion under the atheistic regime of Josip Broz Tito, devoted their lives to God, raised their children to do the same, and worshiped him however they could.  In the early 1990s, long-simmering political conflict between Croats and Serbs erupted into violence in her region.  Vesna continually heard messages of hate about people she did not know.  She watched armed tanks roll down her street, sought shelter from vicious fire-fights, and lived as a refugee after her family’s house was burned down by her own neighbors.  She saw men and women from the next town over– people not so different from her and her family– dehumanized, demonized, and killed.  Those experiences left an indelible mark on the way she moves through the world.

And even as all of this was happening, Vesna also saw the Lord’s provision time and again– getting her a good job, leading her to a wonderful community, bringing her and her family through the wars safely.  No matter the circumstances, she has always desired to know God better and remain in constant contact with him.  Her story is astounding, her faith is unshakeable, and the lessons she has learned are universally applicable.

In the mid-1990s, Vesna worked at a center for youth and children from both sides of the conflict, where she sought to care for boys and girls who, like her, had suffered serious trauma.  She listened to stories, hosted various groups and ministries, and provided a safe, neutral space for young people of different backgrounds to encounter one another.  In this space, she and her team saw miraculous things happen in the hearts of these vulnerable children.  Over time, they opened up to one another and recognized the ways they had been dehumanizing others simply because of their ethnic identity.  Within those conversations, she started to identify the underlying evils at play: pride, deceit, fear.  She actively worked to help the people she encountered dislodge those evils from their hearts so that they could begin to see the true dignity and common humanity they each shared. 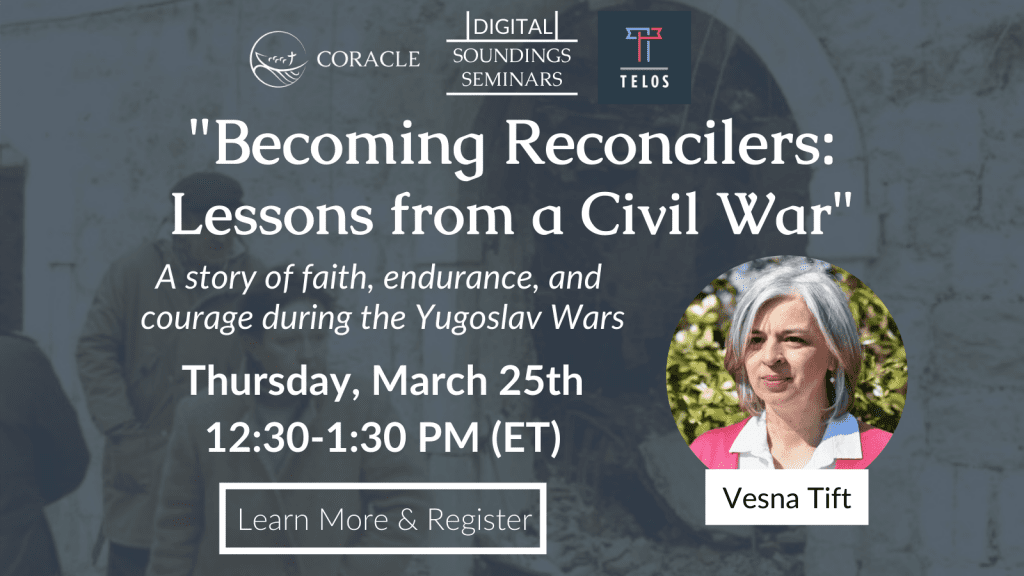 Pride, deceit, and fear– those evils that wrought such destruction in the Yugoslav wars of the 1990s– are still at work now.  The questions of the heart remain.  We, along with our friends at Telos Group, invite you to come sit with us over lunch on Thursday, March 25th as we hear Vesna’s story in more detail, the lessons she has gleaned on her journey from her war-torn home country to citizenship in a very divided America.  Vesna has offered to share her story, wisdom and questions with us, and we hope you will join for a look into a truly amazing journey with a humble servant of God.