The years of our life are seventy, or even by reason of strength eighty…
they are soon gone, and we fly away.   Psalm 90.10

On December 28, 1872 in Arizona’s Salt River Canyon, US Major General George Crook and his troops surrounded a group of Yavapai (Apache) Native Americans hiding in a cave which upon rediscovery in 1908 would come to be known as Skeleton Cave.  By end of the day, of the 110 native men, women, and children present, 76 would be killed and the other 34 captured.  The 5th Cavalry simply kept firing into the hole in the canyon.

According to one of the soldiers present that day, “It seemed to some of us Americans that they must be making ready to yield, and were discussing the matter among themselves.  Our Indian guides and interpreters raised the cry, ‘Look out! there goes the Death Song; they are going to charge!’  It was a weird chant, one not at all easy to describe, half wail and half exultation… Look out! here they come!”

Nanni Chaddi and his warriors came out of the cave with their bows and arrows drawn and stepped “into the fire of a hundred rifles, and were shot to rags.” (1)

Skeleton Cave, Salt River Canyon, Arizona. Click the image to see what the cave looked like when rediscovered in 1908.

The song they sang before coming out of the cave, offered to God as they understood him, went like this (2):

Father, we are going to die.
For ourselves we grieve not,
But for those who are left behind.
Let not fear enter our hearts.
We are going out to die.

The song had been memorized for just such a day.

Having a “death song” composed, memorized, and ready to be offered on that day that will come to each one of us can mightily prepare us for this inevitability.

Death songs were common across many Native American tribes and cultures.  Peoples of America’s First Nation were trained to display courage and fearlessness in battle and even stoicism in the face of death.

One Sioux chief’s death song was the same as that used by 37 of his tribesmen sung shortly before their execution in Mankato, MN in 1862: 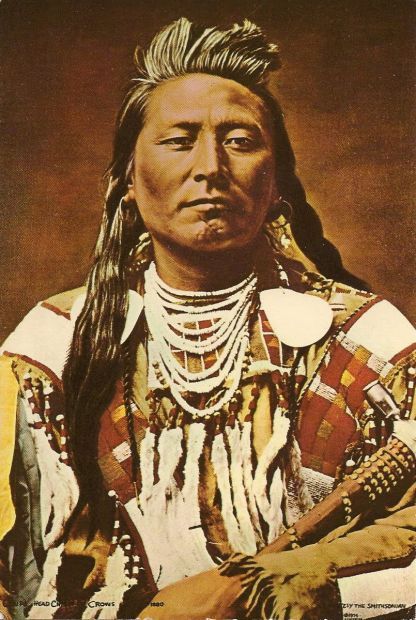 Singing such a song could ease the great passing.  Plenty-Coups, chief of the Crow people in Montana, recounts holding his friend while he died, “‘Sit down beside me,’ whispered Big-Horn, ‘and sing with me while I go to my Father.’  We sat down and sang there in the rain.  And Big-Horn sang with us until his heart was still.” (3)

Upon being shot down by US soldiers in 1864 at the Sand Creek Massacre in Colorado,  White Antelope of the Cheyenne sang, “Nothing lives long, Only the earth and mountains,” and then died. (4)

At least several tribes had the sentiment “Today is a good day to die” burned into their psyche before going into battle and even on the most mundane of days.  One woman said, “We Indians have an expression ‘today is a good day to die.’  It means that we should be ready to die on any given day.  We should always be prepared to die, and have no regrets. That’s why it’s important to begin each day fresh, and not let past problems or present distractions cloud how God wants us to live.”

Having a death song at the ready helps one live with this fearlessness in the face of the finality of our physical bodies whichever day it may come.

Like Christians, Native Americans believed in an eternal soul that lived on after physical death.  “Certainly the Indian never doubted the immortal nature of the spirit or soul of man, but neither did he care to speculate upon its probable state or condition in a future life… The primitive Indian was content to believe that the spirit which the ‘Great Mystery’ breathed into man returns to Him who gives it.” (5)

If Native Americans could face death with such peace with such a limited revelation, how much more so can and should a Christian face certain death with certain confidence because of the revelation of God in our Lord Jesus Christ, who conquered death!

This is the apex, the crescendo, the summit of Paul’s great chapter in 1 Corinthians 15 on the reality of Christ’s bodily resurrection leading to the joyful certainty of our own.  Paul concludes (and so should we) with absolutely no fear of death, in fact he spits in its eye!  He mocks it because of what the death and resurrection of Christ has accomplished for us.  “‘Death is swallowed up in victory.  O death, where is your victory?  O death, where is your sting?’  The sting of death is sin, and the power of sin is the law.  But thanks be to God, who gives us the victory through our Lord Jesus Christ.” (v54-57)  John Donne picks up the same mocking tone in his poem “Death Be Not Proud.”

Christians need not fear death.  It is the passage to something far greater.  When we understand the doorway that death is, though grief for those we leave behind is real, we can begin to see death even as our friend (see 2 Corinthians 4.16-5.5).  St. Francis spoke of death as family, calling her “Sister Death.”  Of course, “fixing our eyes on Jesus” every day and recalling what he’s done for us can help us meet death not only confidently, but even with a certain expectancy even curiosity.

What else can help us face death fearlessly not only when it comes to take our hand but also to live our lives without fear of it?

Composing your own Death Song

Here’s how you can do it.

My Lord Jesus, the Christ, now I come to meet you.
Receive me, I’ve long wanted to see you.
Bless my family, take care of them.

What’s your Death Song?  Take a stab at it, and should you like, email yours to Drew Masterson.  As they come in, we’ll add them to this journal post.  I’d love to see yours!  And it makes my heart glad to think that such a prayer might help you move further away from any fear of death you might feel, (very truly) thanks be to Jesus.

Chief Tecumseh of the Shawnee admonishes us, “So live your life that the fear of death can never enter your heart… When it comes your time to die, be not like those whose hearts are filled with the fear of death.  Sing your death song and die like a hero going home.” (6)

P.S. – A couple of things.  1) Two Videos:  It’s not very often that I have legitimate occasion to link to one of my favorite bands, the Red Hot Chili Peppers (love Anthony and Flea!), so I’ll take any chance I can get.  “Brendan’s Death Song” is crazy (of course), has only a little to do with what I’ve written above, but still there’s a death song in there, see if you can catch it.  For something much more germane to the above and probably more edifying, here’s Audrey Assad’s take on John Donne immortal (pun intended) poem.

2) Two Books: If you’re intrigued by Native American history and culture and what it has to do with Christianity, I’d recommend exploring Richard Twiss’ One Church, Many Tribes from an evangelical indigenous perspective, and the fascinating The Gospel of the Redman by Ernest Seton, one of the founders of the Boy Scouts.  He quotes a man who lived amongst the Choctaw Indians of Texas for 60 years, “I claim for the North American Indian the purest religion, and the loftiest conceptions of the Great Creator, of any non-Christian religion that has ever been known to this old world.”

Now I will see
Now I’ll know –
the yearning ache will vanish.
May those I’ve told
And longed to tell,
As I go
See and know
My Glorious You.

Today/this day
is a gift…
This breath is a gift…

Today I will love boldly, deeply, and well as if today were the first day of eternity and all the days ahead—a rich harvest of today’s acts of love and an abiding fellowship with those well-loved today in Christ, with Christ, for Christ; for the sake of the world.

And yes, it is a good day to die, to step further into eternity.

For me, to live is Christ; to die is gain.

“SOUNDINGS” posts are aimed at considering together topics that are important for our society, for the Church, and for our own spiritual journeys. To ‘take a sounding’ is a nautical term about using depth to determine where you are and where you’re going.  These writings are designed to do just that.  Please share this post with friends you think might appreciate it.  If you would like to get SOUNDINGS posts from me sent directly to your inbox, click here.